Skip to the content
Bitcoin has no Problem with Deflation. Fiat does.
Zak Houssam
July 15, 2021
3:01 pm
How deflation poses a problem to the fiat model and not Bitcoin! 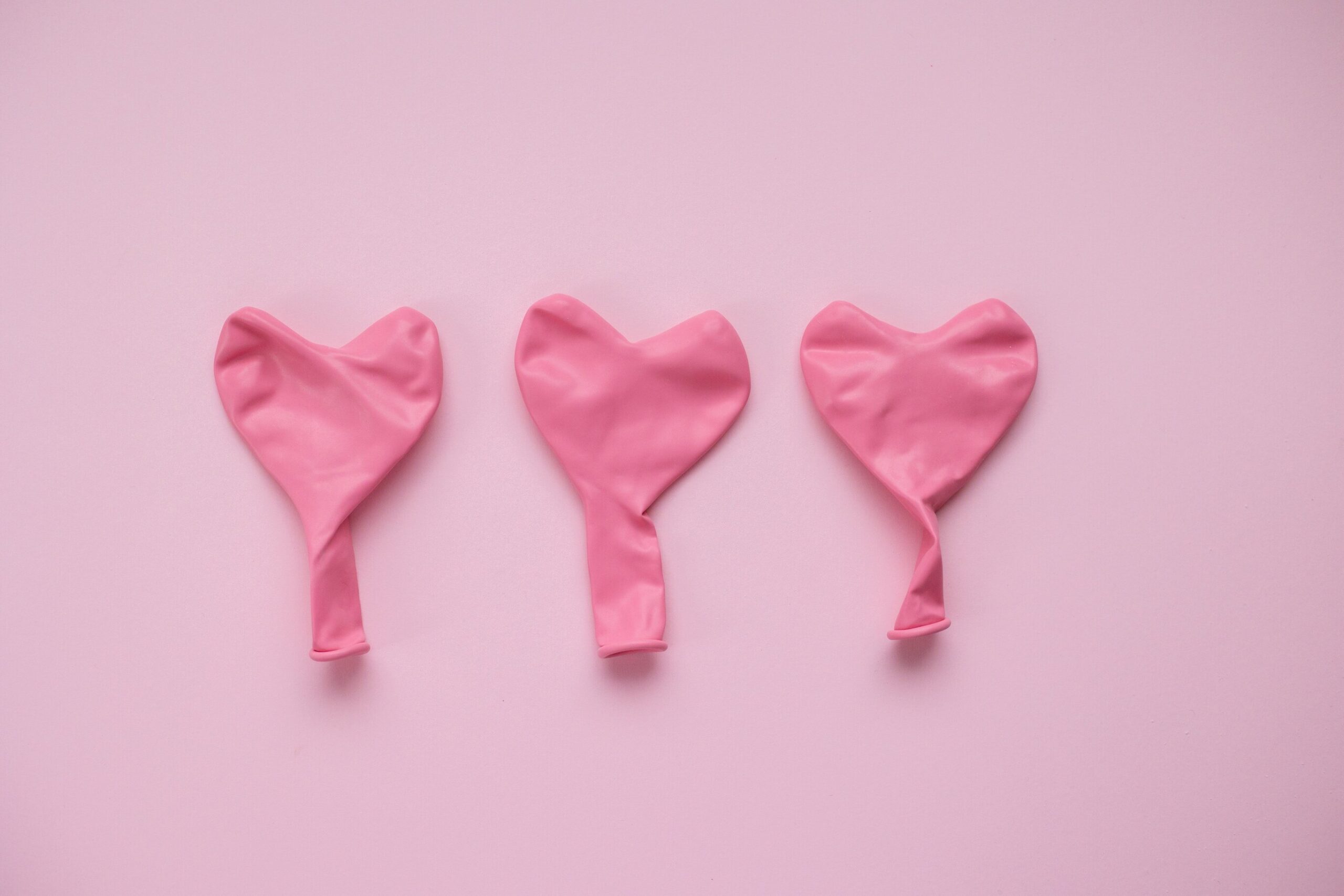 The Bitcoin Halving reminded us once again of a topic that was slowly beginning to be forgotten. Does Bitcoin have a problem with deflation?

If you only have a few seconds of time, then believe us that Bitcoin has no problem with deflation. Deflation is only a problem with money created out of thin air. But it is not quite so simple, so let’s take a closer look.

Today, deflation means the opposite of inflation, a decline in the general price level. Or we can easily define it as inflation below 0%. While inflation reduces the value of currency, deflation increases it. Thanks to deflation, people can buy more with the same banknote. Because these terms refer to a change in the level of prices, let’s call them price inflation (or price deflation).

However, inflation has a definition that has changed significantly in history. Inflation once meant an increase in the money supply. Today, we could call it monetary inflation. The consequence of (monetary) inflation was usually a rise in prices (price inflation). Today, when you say inflation, it usually means price inflation. This is an extremely important change, because while before we could fight inflation as a rise in the money supply, today we are trying to target the price level by increasing the money supply.
(By the way, thanks to Bitcoin, people all over the world are talking about what inflation really means, even those who have never studied economics. Another thing that makes Bitcoin just amazing.)

Central banks around the world usually target (price) inflation at 2%. The way it is measured cannot distinguish quality (for example, for a smartphone this year and last year for the same price, although this year is much better), so it is considered that 2% can cover the technological progress. If, on average, everything is 2% better today and at the same time 2% more expensive than last year, then the growth in prices per unit of quality is actually zero. And so prices are technically stable.
In addition, it offers a sufficient cushion against (price) deflation.

If you like Bitcoin, you’ve known this for a long time, but for
completeness, let’s remember that Bitcoin has a limited supply. Every 210,000 blocks, Bitcoin reduces its inflation by 50%. This means that it is inflationary until the end of the year 2140 (although inflation will soon be much much lower than, for example, the US dollar). In 2140 (perhaps sooner or later, depending on how the price develops), its (monetary) inflation will reach 0%.

So why is Bitcoin deflationary? Because some bitcoins are lost, whenever someone loses the password to their wallet, whenever they send bitcoins to a non-bitcoin address, whenever they stay at an address in such a small amount that the fee cannot be paid to move them, whenever someone voluntarily burns them… all this will cause Bitcoin’s money supply to fall a little bit every year. How much? If we anticipate that 0.5% of all bitcoins will be lost every year (which is really a lot), Bitcoin would be deflationary as early as 2036.If it were to be 0.05%, it would happen in 2048.

Nevertheless, neither is too far away and Bitcoin will definitely be deflationary way before 2140. In addition, a huge number of bitcoins are already lost, so if we only count on truly movable Bitcoins, then it will be deflationary much sooner. Remember, monetarily deflationary! This says nothing at all about how prices will develop (price inflation/deflation).

Proponents of deflation usually (correctly) point out that prices tend to fall due to competition and technological progress. And thus, deflation should be good. However, it poses two problems. First, according to the same logic, inflation should be good if it is a natural result of supply and demand. Has a natural disaster come and resulted in a lack of ice? Then ice should rise in price (and that’s a good thing!). Is the catastrophe so great that there is a lack of everything? Then we should see inflation, and that’s also great, because rising prices will force us to conserve scarce resources. Like deflation, inflation can be good. This is the case
for price inflation (or deflation).

On the other hand, there is a problem with monetary inflation. If
someone artificially inflates the money supply, it bothers us. If this bothers you (and Bitcoin fans usually do mind), then you should also be bothered by monetary deflation, i.e. when the money supply is artificially reduced. Like monetary inflation, monetary deflation causes inequalities in society, changes relative prices, obscures price signals, etc.

It is true that, for fiat money, even price deflation can be really
problematic. In a world where money comes from thin air through new loans, falling prices make debt relatively more expensive. If you owe a million and that million now has higher purchasing power, you owe relatively more. Plus, you cannot expect an increase in your wage but rather the opposite. This can trigger the economic boogieman: a deflationary spiral. If debt is more expensive, fewer loans will be provided and therefore less new money will be created (monetary deflation). This will push down prices (price deflation), which in turn puts even more pressure on monetary deflation and sends us spinning
down the spiral.

Of course, the above also applies to inflation, although the inflationary spiral is not usually referred to as a ‘boogieman’. When people take out a lot of loans, a lot of new money is created (monetary inflation), which pushes up prices (price inflation) and makes debt cheaper, etc. Central banks are not so afraid of inflation spirals because they just apply the brakes and raise interest rates significantly. With the deflationary spiral, they fear that there is no place to cut rates anymore (and that is why, today, they must resort to unconventional instruments such as quantitative easing). Against inflation, you can increase rates however much you need, but against deflation there is a lower bound of zero (or, nowadays, we can say a slightly negative lower bound).

But the whole thing stands and falls on the fact that money is flexible. That money is created through debt, out of nothing. Fiat money has problems with deflation. Bitcoin is different. It is precisely because of this that Bitcoin was created differently.

For good money, we can let prices fall
A limited supply of Bitcoin would probably lead to slight monetary deflation, but this would be very predictable. Bitcoins are lost but, thanks to the blockchain, we (mostly) know about such cases. Of course, it might be better to get rid of changes in money supply completely but, even so, Bitcoin is very close to zero monetary inflation. (And inventing zero monetary inflation cryptocurrencies is not that simple, maybe even impossible.)

Thus, prices in the Bitcoin economy would naturally fall due to
competition and innovation, for example by the aforementioned 2% per year. Predictable deflation would easily be passed on to interest rates, and even if it were unexpectedly higher and people took out less credit, it would not cause currency deflation.

Because, with Bitcoin, money doesn’t come from thin-air loans. The spiral would stop naturally, interest rates in the market for loanable funds would adjust, and that’s it. Would people want less credit? That would make loans cheaper before a
new equilibrium was found. It wouldn’t ruin the whole fragile system, like it would with fiat money. After all, this is not a hypothetical theory, exactly this happened with the gold standard, although it was very imperfect. Prices would go up and down as supply and demand dictate but would do so without the artificial increases or decreases from meddling with the stock of money.

With Bitcoin, we can afford to let prices fall naturally. Hard money has no problem with an increase in its value. Let’s be fair, even hard money has some problems with falling prices. The most important thing is that we are not used to it. We usually do not know how to calculate our real wage relative to inflation, so even if our wages rise slower than prices, we are satisfied, even though we are relatively poorer. On the contrary, if our wages fell, even if prices fell faster, we would probably be dissatisfied. This is a problem that Bitcoin alone will not relieve us of. We would have to get used to that, which could prove difficult.

And there would be less credit. Of course, if credit can’t come from thin air, it will be more expensive. Someone has to save money first in order to lend it. Here, schools of economic thought differ on whether or not it would be good for the economy. Mainstream economics is afraid of it, while Austrian economists do not see it as a problem. We would see less
investment and more saving (is that a bad thing?), growth might be slower (although there is doubt there) but, on the other hand, we would not have an enormous financial crisis come along from time to time, during which people lose jobs, the roofs over their heads, and even their lives. But we can talk about the business cycle another time.