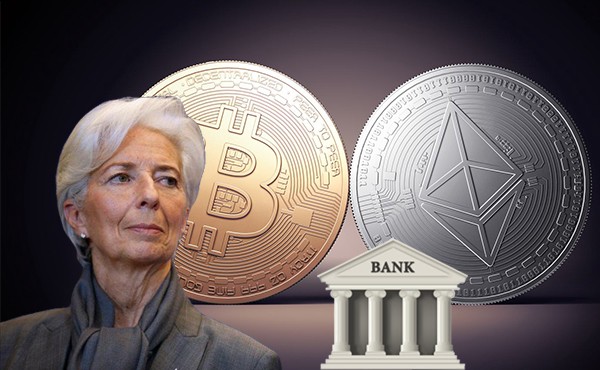 It has long been known that the International Monetary Fund (IMF) wont be the organ, nor inter-governmental organization to support Bitcoin (BTC) and cryptocurrencies, despite one of its representative having just stated that the IMF does not want an outright ban on crypto-assets while still calling for their regulation.

DID BITCOIN KNOCKOUT THE IMF?

The International Monetary Fund has regularly, and publicly, shown concern for the risks that Bitcoin and cryptos would pose to global financial stability.

A recent statement by the IMF's chief economist, Gita Gopinath, at an economic conference clarifies the international body's view of digital assets. According to a report published by Business Today, the chief economist fully understood that cryptocurrencies, due to their decentralized and universal nature, are unstoppable. Logically, this very intention of banning crypto is a pipe dream.

Regulation of digital assets and currencies is essential, especially for emerging and developing economies, as banning them could be a non-starter. Indeed, with cryptocurrency exchange platforms located abroad, this allows an individual to trade them despite the attempted ban.

IMF WANTS TO PUT A LEASH ON WHAT IT CANNOT DESTROY

Exactly like her colleagues at the IMF only a few days ago, Gita Gopinath, is therefore calling for "global cooperation" to "urgently" regulate cryptocurrencies.

Similarly, the IMF imposes sometimes very strict regulations on emerging countries, not to mention economic and financial restrictions. However, the cryptocurrencies can "be used to escape these regulations", as the representative of the Monetary Fund herself explains…

There is therefore enough to cause friction with the financial watchdog, which dictates the financial march of the world. An irritation that is clearly felt against El Salvador, since , President Nayib Bukele has succeeded in adding Bitcoin as legal tender in his country.

Despite the annoyance of the IMF, other nations are beginning to see the benefits of decentralized digital assets that cannot be easily seized or censored. Just recently, the national unity government of Myanmar (Burma) adopted USDT, the stablecoin of the Tether dollar, as its official currency.

Category : Opinion
Tags : bitcoin ban 2022 bitcoin IMF CHRISTINE LAGARDE BITCOIN BAN
PreviousBitcoin has no Problem with Deflation. Fiat does.
NextNon-fungible tokens: too big to fail, too huge to ignore?
Please follow and like us: